With this post I’m not trying to hint that you can go about without seeing Anvil play live. Seeing the boys play live is an absolute must, plus you support the band directly. Still, I realize that not everyone can find the time or money to travel and see the band play live. If you fall into this category and you still want to enjoy in seeing Anvil play live, you can do so from the comfort of your home.

I know that a video recording of a band playing live isn’t nowhere near to actually seeing a band play live. However, it’s the next best thing if you are affected by either no time to go to a gig, no money, or both. Crew of the Wacken Open Air festival has luckily made the recording of the band 2013 live performance available on YouTube.

Video is in good quality and ti doesn’t sound that bad. I wasn’t at this concert, although I did plan on going. I had other obligations at the time, which bugs me out because that one the last times that the band has played a venue this big. I just wish that there’s more footage of the crowd. Audience interaction is amazing, and of course the band sounds phenomenal. Check them out and enjoy in one of the first heavy metal bands around. 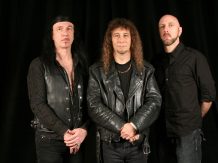 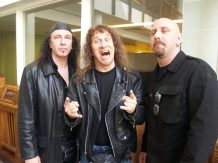 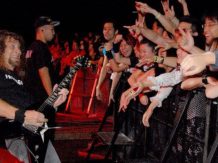