UPDATE: This tour 2018 tour of theirs is actually drawing to a close. Last of their gigs are being played in Norway and Germany at the end of March and beginning of April. Follow the bands social media profiles or their website for new dates should they become available.

After their recent Euro tour back in 2013 or 2014, I’m not sure, I really thought that was it for Anvil as far as their coming across the pond and playing in Europe goes, but thankfully I was wrong. At the end of last year band announced that there is going to be a 2018 Euro tour which will cover 11 countries over the span of 3 months. I think that this is pretty amazing for the band to do this for their fans. 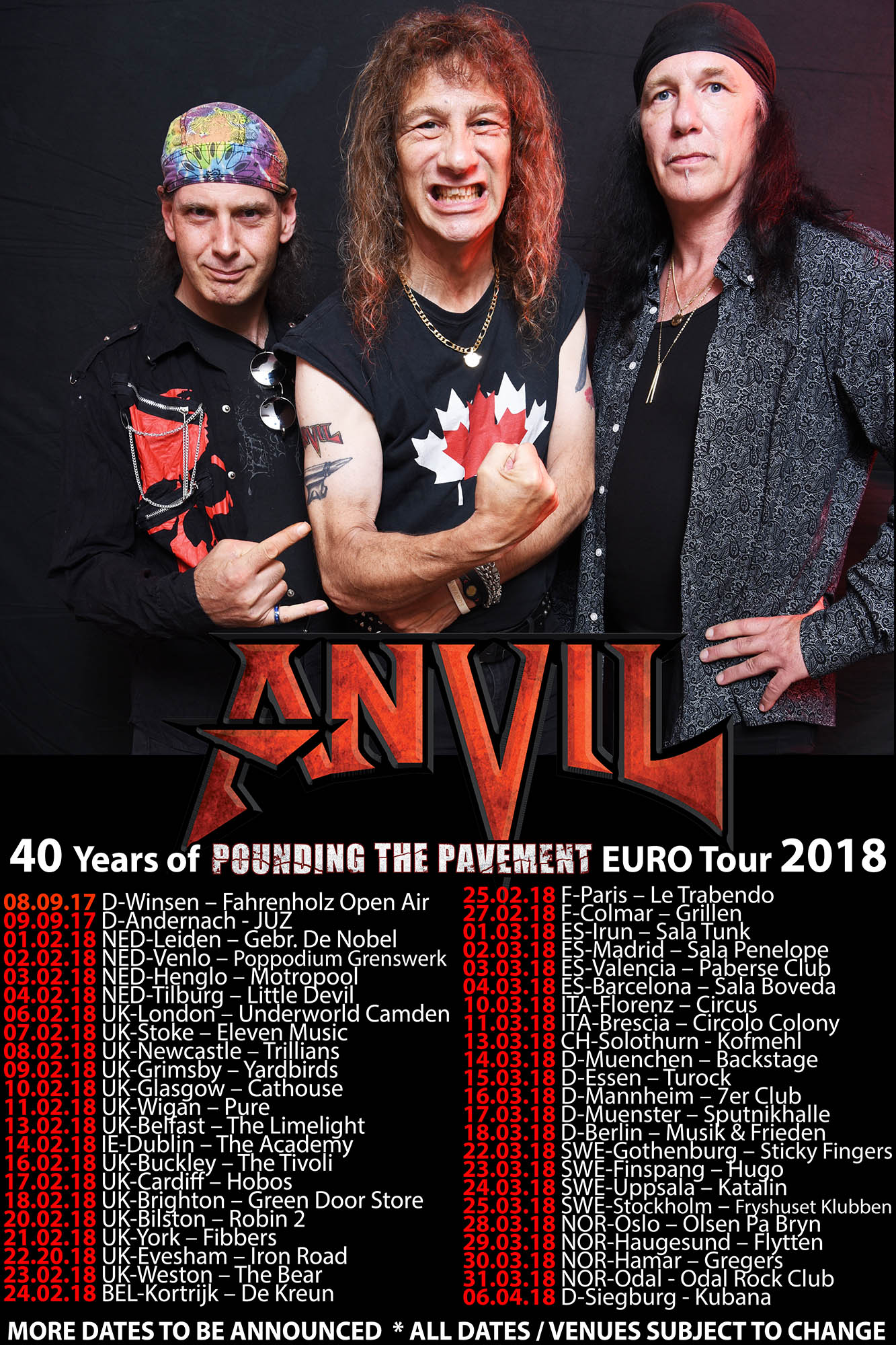 Checkout the full list of countries, dates and venues where the band will be playing. Keep in mind that more dates might be added, or that the existing venues are all subject to a change. You have to keep a close eye on the bands social media profiles for announcements of any changes, or any new dates that get added to the list. I seriously hope that you get to view them live on one of these events. They will blow your mind.